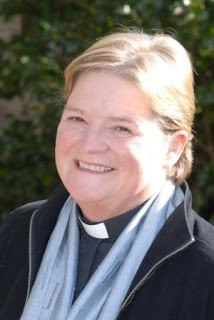 In the name of God, who brings us to wholeness.

Thank you for the invitation to be with you today I bring greetings from the congregation of St Peter’s Cathedral, Adelaide, on the occasion of your patronal festival. And what a patron saint you have!

Two for the price of one – that’s what we get with St Luke. A wonderful Gospel, dripping with hospitality, with forgiveness, and with challenge. And, to add to the riches, the Acts of the Apostles – that rip-roaring yarn of the early days of the church. Luke has given us some of the most powerful parts of the New Testament.

Some of the things we would not have if we didn’t have this Gospel are the parables of the good Samaritan, the lost coin, the prodigal son, the dishonest manager, the rich man and Lazarus. We would not have the accounts of the healing of the crippled woman on the Sabbath, the cure of the man with dropsy (also on the Sabbath), the cleansing of the ten lepers, the acceptance of Zacchaeus. We wouldn’t have some of the stories of Jesus’ childhood, the interplay between Mary and Martha, the foretelling of Peter’s denial, the resurrection appearance on the road to Emmaus, nor indeed Jesus’ appearance to the disciples in Jerusalem. And if that was not enough, there is also more!

At one level this could be immensely depressing – 2000 years on and we still haven’t sorted it out! But in another way it is enormously encouraging – despite our inabilities to sort these things through, God is present, offering wholeness, acceptance, peace and life to us, just as God was present to the earliest church.

The Lucan texts take a very particular slice through the life, teaching, death and resurrection of Jesus and I would like to take some time to explore this a little. The Gospel according to Luke and the Acts of the Apostles can be read to be historical rather than theological. Indeed, the beginning of the Gospel encourages us to do just this when it says in Chapter 1, verse 1:

‘Since many have undertaken to set down an orderly account of the events that have been fulfilled among us, just as they were handed on to us by those who from the beginning were eyewitnesses and servants of the word, I too decided, after investigating everything carefully from the very first, to write an orderly account for you, most excellent Theophilus, so that you may know the truth concerning the things about which you have been instructed.’

But to take this as a purely historical account would be a mistake. Luke’s Gospel is theologically loaded – he had a couple of theological points he really wanted to make: Jesus was the Messiah, the Christ, the anointed one; and what he did, said and suffered both had and has enormous significance in human history.

The author shows his hand clearly in Acts 4:12 when he puts into Peter’s mouth the words: ‘There is salvation in no one else, for there is no other name under heaven given among human beings by which we are to be saved’.

Luke’s insistence that salvation comes to human beings through no other name under heaven may well reflect his awareness of the contemporary custom of ascribing it to the Roman emperor and other ‘benefactors’ of humanity who happened to wield power at the time. He is making it clear that salvation comes through Jesus and no one else.

But what does salvation mean here? The concept of salvation is fundamental to the Christian understanding of Jesus’ incarnation. After all, his name means salvation. But what is it? What does Luke think it is all about?

It is clear from the gospel and from Acts that Luke is not thinking of salvation and atonement in terms of what we now call penal substitution. This view uses the logic of retributive justice and argues that it was Jesus’ death on the cross that saved us from our sins and brought us into right relationship with God. A debt had to be paid for human sin and disobedience in order to satisfy God’s demands of justice. This is what made Christ’s death upon the cross necessary. In his great love for us, Christ is therefore said to have taken the punishment deserved by all humanity upon himself.

This rather mechanistic and grim understanding of atonement, prevalent not so very far from here, was not part of early Christian thought and clearly not part of Luke’s thought world. Nor does Luke regard Jesus’ death as a sacrifice or as an expiation for sin. His focus is more on Jesus’ life and on the wholeness that is brought to humanity through contact with the suffering Messiah.

There is no doubt in the gospel that Jesus is the Messiah, no doubt that he will suffer and die, but the wholeness that comes to people because of him, comes from their encounter with him.

Jesus’ presence is what brings life, peace, forgiveness of sins and right relation to God.

The Greek word sothr and its associated words (or cognates) are often translated into English as ‘salvation’ and its related words such as ‘saved’, and ‘saving’. But it is a multilayered word which basically means ‘healing’ and ‘making whole’ – physically, mentally, emotionally and spiritually. Luke’s gospel uses sothr and its cognates often and in a wide range of senses, denoting deliverance from such evils as sickness, infirmity, sin; Its relation to faith is often noted. ‘Your faith has made you well.’ The stories in Luke also suggest that Jesus is biassed towards the marginalised, the disabled, the oppressed – be they lepers, tax collectors, women, or any other group who were regarded as being less than full citizens. His contact with them brings life, healing and wholeness. It brings them into the fullness of humanity.

Salvation for Luke means deliverance of human beings from evil, physical, moral, or political. It implies a victory, a rescue of them from a state of negation and a restoration to wholeness or integrity. And this wholeness to which human beings are restored is both their own wholeness as human beings and a sound relation to God himself. Think of Zacchaeus, rescued from his life of corruption as a tax collector; the lepers, rescued from their lives of disease and marginalisation; the Gerasene madman, released from the bondage of psychiatric illness.

This approach to salvation, which focuses not so much on our sins and the burden of guilt, but on our capacity for wholeness and right relationship with God, is deeply enriching and liberating. It looks forwards, not backwards. It looks to the best that we can be, rather than the worst. It contains within it the challenge for us to live as whole people, to move beyond our sinfulness and to understand that the incarnation is all about a reconfiguring of the relationship between humanity and God, a reconfiguring which opens up hope, joy and the treasure of the knowledge of the presence of God living among us and transforming creation. This is a liberating message, good news indeed! What a great patron saint you have! Amen.